Welcome to WordPress.com. This is your first post. Edit or delete it and start blogging! 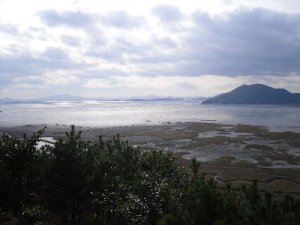 Out and About : Suncheon Bay

One aspect of life in Korea which I have personally grown to love is the seemingly never-ending supply of weekend day-trip destinations. One such place that we ventured to this fall was Suncheon Bay in Suncheon. By bus, it takes about an hour and twenty minutes from Gwangju’s U-Square Bus Terminal to downtown Suncheon, which is just north of the Suncheon Bay area. Taking the local 67 bus from there will get you to the bay in about 20 minutes.

We really had no idea about what we would see once we arrived at Suncheon Bay, other than the famed “reeds” we had heard about from some Korean friends. To be honest, I wasn’t really sure how much they would thrill me either. We also did not realize that this area happened to be a natural swampy preserve fitted with its own modern-looking eco-museum for those looking for more of an educational experience. Unfortunately, we arrived a week late, but visitors can attend the “Suncheon Bay Reed Festival” which runs annually during the final week in October. 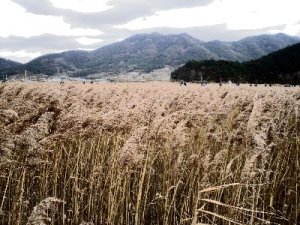 The day we arrived was quite breezy, which was a nice touch against the endless field of reeds that lay before us, even though it was quite cold. Guests can enter the park free of charge and walk along a wooden boardwalk that guides you through some rather picturesque views, at eye level with the reeds as they carry on for what seems to be miles. The dense reeds themselves are home to the Black Crane which we happened to spot on a few occasions. There is also a boat that tours the swampy river for 4,000 won for those wanting a closer look.

After about a 20-minute walk across the fields you reach a fairly steep set of stairs that lead you to the highlands that serve as the backdrop to the area. This area makes for some stellar photography once you reach the top and trek across a walking bridge to a clearing with a wooden lookout built for your viewing pleasure. This walk shouldn’t take you more than 20 minutes or so to make it there from the ground level.

Once you have had your fill of Facebook photographing and venture down, you might find a boiled chestnut vendor at the base level, selling bags of the boiled goodness for 1,500 won a pop but very worth it. I imagine his selection varies based on the season.

All in all, the location was beautiful, and somewhat unique with its open areas of grass near the museum, which makes for a nice, yet inexpensive day trip with your picnic basket and camera.